A Hypertrophied Sense of Order: So the Trains Will Run On Time

"The one thing that actually works, state run communism a bit– may not be your cup of tea, but their government works."
~ Jeffrey Immelt, chairman of Obama's Council on Jobs and Competitiveness

"There is only one thing worse than one-party autocracy, and that is one-party democracy, which is what we have in America today.  One-party autocracy certainly has its drawbacks. But when it is led by a reasonably enlightened group of people, as China is today, it can also have great advantages."
~ Thomas L. Friedman, NY Times op-ed "Our One-Party Democracy"

There seems to be no question that [Mussolini] is really interested in what we are doing and I am much interested and deeply impressed by what he has accomplished and by his evidenced honest purpose of restoring Italy.

~  Franklin D. Roosevelt, to Breckinridge Long, US Ambassador to Italy

"Sometimes I look at a Socialist — the intellectual, tract-writing type of Socialist, with his pullover, his fuzzy hair, and his Marxian quotation — and wonder what the devil his motive really is. It is often difficult to believe that it is a love of anybody, especially of the working class, from whom he is of all people the furthest removed. The underlying motive of many Socialists, I believe, is simply a hypertrophied sense of order. The present state of affairs offends them not because it causes misery, still less because it makes freedom impossible, but because it is untidy; what they desire, basically, is to reduce the world to something resembling a chessboard... The truth is that, to many people calling themselves Socialists, revolution does not mean a movement of the masses with which they hope to associate themselves; it means a set of reforms which ‘we’, the clever ones, are going to impose upon ‘them’, the Lower Orders."
~ George Orwell, "The Road to Wigan Pier"

"Fascism was really the basis for the New Deal. It was Mussolini's success in Italy, with his government-directed economy, that led the early New Dealers to say 'But Mussolini keeps the trains running on time.'"
~  Ronald Reagan, Time Magazine, 1976 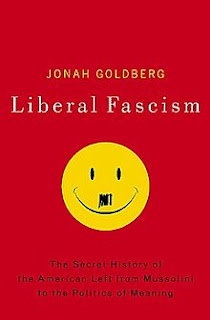 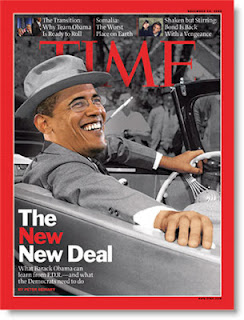 Posted by Contrariwise at 7:16 PM