Where have the liberal patriots gone? (Or, What does Obama need with a starship?) 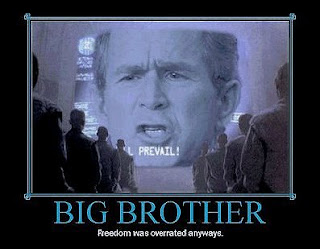 People willing to trade their freedom for temporary security deserve neither and will lose both." (Benjamin Franklin) 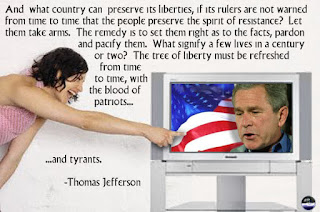 Eight years ago, you would have thought that liberals worshiped Patrick Henry.  I wrote back in October about how left-leaning citizens seemed to love the above quote by Franklin back then.   You know, even if I was skeptical of the various Bush-is-evil conspiracy theories, I at least agreed on this point:  It's not unpatriotic to question the motives of your President and your Congressmen.  In America, it's unpatriotic to try to stifle (instead of merely controvert) dissent and questioning.  (Now, it may be unpatriotic to undermine national interests over certain concerns, but that is an argument for another time).

I heard left-leaning friends and acquaintances railing back then against the Patriot Act:  Why, the European nations live with terrorism in their borders; why can't we?  Oh, because we're afraaaaaid, that's why!  We'll give up our freedoms for a little security in a heartbeat, us scaredy-cats. I can't believe Americans would give up their liberty out of fear.

Funny thing: terrorism tends to not just harm adults.  Terrorists typically don't worry about whether children get hurt, directly or indirectly.  The liberal grassroots didn't seem to be asking then whether we were "doing enough to keep our children, all them, safe from harm" or whether by refusing Patriot Act powers to the government that we were giving up the "freedom to send [our] children to school & expect them to come home alive" or "[f]reedom from the fear of senselessly losing children."

Better to live with a terrorist attack now and then in our borders than grant the federal government power that they might be tempted to abuse.  That's what many, many liberals were loudly voicing.  But that was before 2008.  Now we have a liberal President, and there is the tendency of most left-leaning citizens to not believe that the 2nd Amendment does anything to help preserve our rights from despots (let alone be useful in preventing more mundane crimes).

Before 2008, it might have had a more sobering effect on right-leaning citizens if they had thought "How might a liberal President use this power;" whereas left-leaning citizens should similarly fear Executive power if only because a Republican might eventually have those powers at his disposal.  Both would do well to realize that it's not simply a man gaining power, but an Office.

And now that very little time has been wasted since the deaths of many Connecticut children for President Obama to advocate for policy change with regard to the Bill of Rights, I ask, "Where did all the liberal patriots go?"

Here's one liberal who isn't caught in the "Only Federal-Level Gun Ban Can Save Us" haze:


I was not, and am not, under the illusion that a handgun would have necessarily provided a definitive solution to the problem posed by Colin Ferguson. But my instinct was that if someone is shooting at you, it is generally better to shoot back than to cower and pray. Would a civilian firing back at Ferguson have wounded or killed innocent people? Quite possibly yes. Is that a risk potential victims quaking under train seats or classroom desks might accept? Quite possibly yes. Especially when you consider the massacres that have been prevented or interrupted by armed civilians before the police arrived.   ~ Jeffrey Goldberg, article in The Atlantic

Gray gets it. The 2nd Amendment was meant to guarantee a balance of power with "the people," to give them a fighting chance to "alter or abolish" (in the words of The Declaration) a government that no longer protected their freedoms and had its own standing army to resist being "altered."  A disarmed public can't even be a militia (oh, how feared is that word!).  They would be sitting ducks for despotism.

Well, those are two.  Where are all the other liberal patriots? 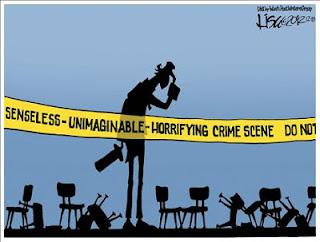 If the liberal patriots were still around, some might receive Obama's "give up your rights for the children's" speech with a measure of suspicion and skepticism.  Even though, unlike Alan Gopnik, Obama alludes to the actual purpose of the Second Amendment (rather than the "satisfaction gun owners take from their guns"):  "Are we prepared to say that such violence visited on our children, year after year after year, is somehow the price of our freedom?"  Here is the antiquated (or so it seems to liberals) worry about despotism (so 18th century) weighed against the very real danger to our children.  Are you willing to sacrifice your children for some outdated concept?  Is this old trope of Progressivism what is meant by "the politics are too hard"? 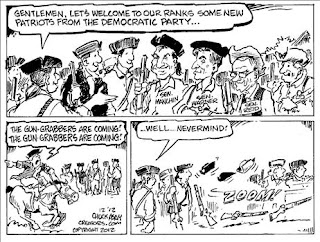 If the liberal patriots were still around, some might be suspicious when the President says that "keeping our children safe . . . is something we can only do together, with . . . the help of a nation."  It requires national (read: federal) gun policy to prevent/lessen massacres?  Why?  ("What does God need with a starship?")

If the liberal patriots were still around, they might be getting suspicious when religion is invoked to bring about radical policy change: "That is how as a society we will be judged."  While the New Testament records some harsh words about those who harm children, the New Testament doesn't specifically link it to judgments on societies.  If Obama is going to wax Biblical, he could make a better argument that a society will be judged by repentance and its acceptance of Jesus' message of salvation.  I wonder why he's making a theological argument at all.   Weren't our liberal patriots super-skeptical of theological arguments once upon a time? 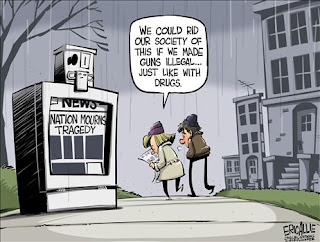 Like the freedom to never go hungry or sick or jobless as long as the federal government has the key to your neighbor's pantry (and bank vault), the freedom from attacks by maniacs awaits you.  All it takes is giving up essential liberty even when "the politics are too hard." Then you will be "free" to be safe.

Excuse me, though... What does Obama need with a starship?


(*Note:  I have since been informed that Jeffrey Goldberg may not be an example of a leftist, even though the article citing this quote described him as such.  So, my count actually falls from two to one liberal patriot.)
Posted by Contrariwise at 4:39 PM