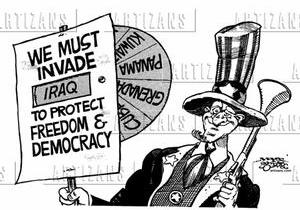 Don't ask why, but I was listening to KPFK on the way home.  It must've been The Socialist Hour--because it was a bunch of socialists complaining about how--ok, brace yourself--the Democratic Party has been steadily moving to the Right for several decades.  Wow. Just wow. 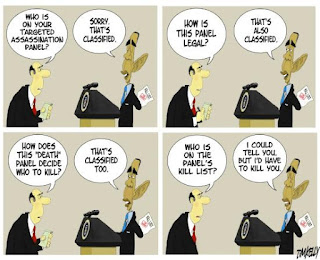 I did find something to agree with them on:  Obama's record on The Patriot Act  (the revision of which the ACLU reports has an interpretation that is undisclosed by the most transparent administration ever *), drone use, civilian casualties, assassinations, challenge of the War Powers Act, use of anti-terrorist powers to spy on civilians for other reasons, ramping up power in the TSA, and unilateral involvement (in terms of separation of powers, not in terms of the U.N.) does not reflect a reticence to wield the sword.  It is, dare I say, Nixonian.
[Update:  Government internet surveillance may be getting a leg-up again through Executive Order.] 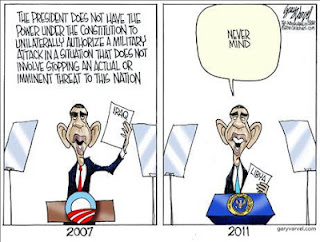 Where I disagree with them is on their notion that wielding military might is a particularly conservative idea.  It's true that today's conservatives are more likely to support a strong military than our liberal counterparts.  This attitude grew out of the violence on our home turf (see the movie J. Edgar for a blast from the past) from Marxists, pro-labor terrorists, and communists as well as the growth of several social experiments in Europe that turned into complete government seizures of economic and political (is there a difference?) power all in the name of the working class people, whether they were called communism or fascism.  But exercising military might (at home or abroad) was not against early 20th century Progressivism.  In fact, having military power decentralized in militias rather than a national (Imperial!) force was an Anti-Federalist notion that would find a home in the conservative distrust of government.  And Democrat presidents have certainly not been opposed to war for most of the 20th century.

I would go so far...
I would go so far, as well, to agree with the Socialists that the War, the bailouts, the massive deficit spending of the past decade, and to some extent the housing crisis were truly bipartisan decisions. But this doesn't make these particularly conservative ideas or mean that the Two Parties are leaning Right.

Now, The Patriot Act is a complicated matter.  This was bipartisan legislation that did not show up overnight but was kicked around for some time.  In the interests of national security, even something as ominous as this Act might be a reasonable compromise if the alternatives were (a) waiting for the next terrorist act and (b) martial law and an ongoing state of emergency. 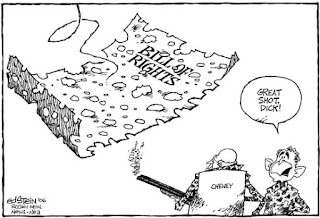 Many conservatives and even more libertarians have not been happy with The Patriot Act; it goes against their inherent distrust of government.  However, given the almost total lack of outrage by the Left over Obama's overseas military exploits, his support of the Patriot Act and indefinite detention of civilians, and the large number of civilian casualties (not to mention the under-reported Afghan death squad which I'm sure would also be blamed on Bush if it got noticed at all), I don't think most liberals would have been bothered by the Bush's "totalitarianism" if they have been initiated by a Democrat, and certainly not if they had been started by Obama himself.

Andrew Sullivan (in his "Obama's Long Game" article) laments the various ways in which Obama reflects the "Bushisms" that "appalled" Sullivan so much; and yet all is swept under the rug because Obama put an end to enhanced interrogation techniques.  (As far as we know anyway-Obama has been exceptionally secretive in spite of his transparency award.)  Hallelujah! Redemption has been attained! No need to fear any longer! Can you imagine if the National Defense Resource Preparedness Act or the Emergency Powers Executive Order had come about under Bush's last term.  There would have been rioting in the streets! 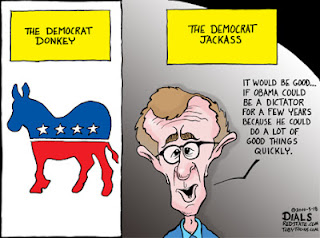 But if Sean Penn's and Woody Allen's statements are any indication, the Left does not distrust government on principle, but only distrusts Republicans or anti-socialist administrations. (Are any progressives known to consort with dictators and terrorists?) They don't mind dictators as long as they are benevolent and support civil rights--like Fidel Castro and Hugo Chavez.

Republicans and Democrats, as patriotic Americans, should be skeptical of centralization and usurpation of power by any branch of government, no matter who is in power or what Party got them elected. 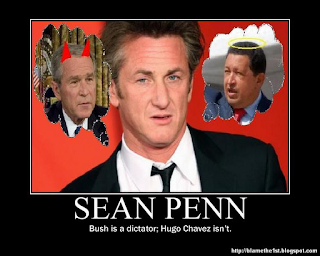 Personally, I think that with the post-Civil War rejection of the legitimate Anti-Federalist concern about a large standing army along with the modern threats of totalitarianism (now from Pan-Arabist, Islamo-theocrat front) present a unique problem with squaring the military might necessary for national security with the ability of citizenry to thwart a totalitarian takeover.  Liberal wishful thinking that giving up power to hostile countries and to centralized government appeases hostility and magically turns it into rainbows is certainly not the answer.  The nonpartisan Oathkeepers is certainly a step in the right direction, having servicemen vow to not obey military orders to violate the Bill of Rights.  This includes rejecting orders to disarm the public. 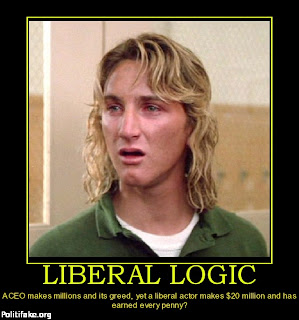 Liberals seem to like the idea of radical administrations to be as armed as our own country, and yet think that our own citizens need to be disarmed.  Most liberals seem to think that the 2nd Amendment is the most antiquated liberty ever, not believing (or maybe not being remotely aware) of its intent as a bulwark against totalitarianism and domestic terrorism.  An unarmed people cannot protect themselves from a government that has gone rogue, as the colonies did when the British government repudiated their rights as Englishmen.  The same political groups that swoon for dictators believe that we'll all be a lot safer if we let the government lock up all the guns so that only soldiers, policemen, and criminals will be carrying. 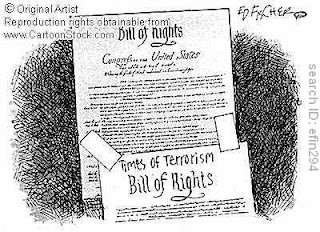 A strong national defense is a necessity in the post-WWI world.  We need a well-armed military and well-armed civilians.  America does need to be careful how it wields its military might, but as Jimmy Carter demonstrated it doesn't pay to hold a deferential posture of appeasement.  With regard to Teddy Roosevelt, speaking softly only works if you carry a big stick.  A very big stick.

Conservatives do need to seriously weigh the consequences of military occupations (and be clear on what if anything is being gained by them) and what can be done to prevent abuses of innocent foreign citizens (which do not benefit America in anyway) and incidents like Abu Ghraib.  And liberals and libertarians alike need to not bury their heads in the sand with regard to Islamoterrorism as as Bill Clinton did.

For more about the weak historical link between conservatism and interventionism, see Thomas Woods' article on The Cult of Reagan.

* By contrast the public seemed to know what "enhanced interrogation techniques" meant.

Posted by Contrariwise at 7:49 PM