Politicizing Tragedy: Another Rampage Killing That Won't Go to Waste

Having had a gun-related death in my family, I have experienced the grief and witnessed firsthand the shattering, paralyzing grief of parents.  It's horrific.  And, in that context, I can say that I don't appreciate the ambulance-chasing Michael Moores that are waiting in the wings to turn the grief of family members into political fodder.  I sure wouldn't have appreciated Bob Costas throwing in his 2¢ (even if someone had 1½¢ to give him back in change) on our personal tragedy.

Now, when Obama declared (or suggested, rather) a very reluctant truce on his attacks on gun rights, I was sure that Nov. 6th was the expiration date for that truce.  He has a history of saying whatever will get him elected.  Whether you knew he never meant what he said about marriage, individual mandates, CSPAN, debt ceilings, etc. or simply have a media-induced case of Obamnesia, that history is there. 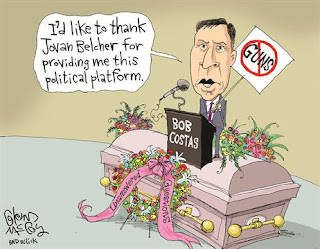 It's been less than two months. Obama is tearing up on television and talking about renewing the gun "discussion": “seeing if we can get an assault weapons ban reintroduced, but part of it is also looking at other sources of the violence, because frankly, in my hometown of Chicago, there’s an awful lot of violence, and they’re not using AK-47s, they’re using cheap handguns.”  Yes, in spite of Chicago practically being a liberal's ideal gun-free zone, criminals still manage to get weapons and kill unarmed citizens before the police can answer the 911 call.  And wait, the killings were accomplished with 9mm pistols, so is Obama's segue into cheap handguns mean that ordinary citizens should not be allowed to own cheap handguns for fear that they will walk into a school? 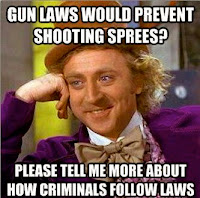 Remember that at Columbine Harris and Klebold were trying to outdo the Bath School Disaster of 1927.  With bombs.  Fortunately, they were not as good at terrorism as Andrew Kehoe, so they resorted to shooting several when what they really wanted a truly enormous death toll.  A bit more practice with their home bombs and they might have pulled off what J.D. failed to do in Heathers.  Most rampagers probably have less narcissism involved in their killing, but remember that Andrew Kehoe seemed to be making a statement that society was to blame for his troubles: "Criminals are made."  Was Kehoe made a criminal by the school he blew up?

As one might imagine, China doesn't like its ordinary citizens to have guns.  (They might have had a revolution long ago.)  So their rampages are mostly accomplished with "melee weapons."

On a related note: 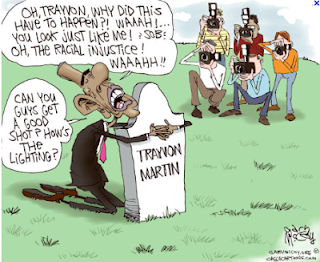 Remember how CNN showed Obama tromping around the Hurricane Sandy devastation (and buried the disturbing follow-up), while interviewing a member of the E Street Band for political commentary on why Romney's nod to the 10th Amendment was all wrong?  (Message: After Romney throws your grandma off a cliff and counts his money as your wife dies of cancer, he'll make sure that your city gets no adequate help after a disaster, because he's rich and doesn't care.)  That sure wasn't politicizing a tragedy to plug a candidate, nope.

What if this school shooting had happened the week before November 6th, and CNN had shown Obama tearing up over the senselessness and then had George Clooney being interviewed as body bags are shown being wheeled off the campus:


"Mr. Clooney, what do you think of gun control legislation in light of recent events?"
"Well, I have to say that anyone that isn't willing to rethink the 2nd Amendment must not be as sick of these senseless tragedies as I am, Bob..."

And then, we could have had Chris Matthews say after the subsequent Obama win, "I'm so glad we had that shooting last week..."  Yes, what are a few lives considering the fabulous opportunity they afford to politicize the event and gain a political victory? 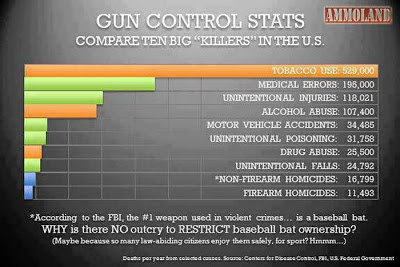 Think of all the lives that could be saved by restricting vehicle ownership and vehicle operation.  Especially in the 18 to 25 age group.  Why don't we do something about that?  The 2nd Amendment at least is about guaranteeing our right to democratic government.  Isn't vehicle operation just a luxury entitlement compared to that?

Posted by Contrariwise at 12:32 PM