And now for something a little frivolous.  A talk radio host was revisiting the uproar over Kathy Lee Gifford allegedly implying something about parents out there who have kids who get into trouble.

Who hasn't failed in their parental obligations?  I have.  How much of a role this has played in our kids' troubles I don't know, but our children are bound to be hindered by our failings.  Many parents know that they can think they are succeeding as one child does well, while the next child stumbles.  Parents are human, and even if there is something we could be doing better, we often don't know what that is.


There seems to be this idea that if someone is offended you must have said or done something wrong.  That's a fallacy on the face of it.  Let's look at it logically:


A:  My kid has some such-and-such degree of success and stability.
B:  I did something right. (or equivalently, I didn't egregiously screw up.)

Gifford offers us "A therefore B," or "A implies B." 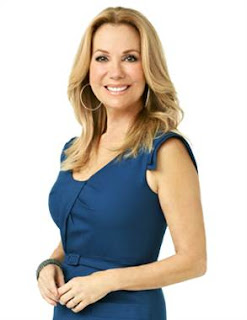 Angry parents say that this is equivalent to saying Not-A therefore Not-B.  This is the inverse of 'A implies B' and it is not even close to being an equivalent of 'A implies B', or a corollary or even an implication.  The inverse is the equivalent to saying 'B implies A', also known as the converse.   But saying that if you're doing something right your child is guaranteed a modicum of success is not the same statement at all.  If Gifford's kids had been different, maybe her not-completely-bad parenting wouldn't have had the same results.

Of course, none of this says anything about whether Gifford is right to begin with.  Does A imply B?  Can your kids lead fairly upright lives in spite of your bad parenting?  Sure.  My mom rose above her childhood.  It's called free will.  'A implies B' doesn't always hold true. Then again, in a probabilistic (rather than absolute) sense, if your kids do well, statistically speaking, perhaps you did more right than wrong.

But all that outrage and misdirected guilt seems to imply that no parents should pat themselves on the back if their kids do well.  I think outraged parents are hearing someone saying, "At least I didn't screw up my kids they way you did."  I hear someone saying, "I think I did more right than wrong, and in this screwed-up world that's a good thing."

Now, parents' emotions about their kids run deep, so it's perhaps understandable that reason goes for a long walk and doesn't come back.  But I wonder whether it is also that people really don't discern these nuances.


You know, when your kid is born, it can still be perfect.
You haven´t made any mistakes yet.
And then they grow up to be like... like me.
~ Steve Martin in Parenthood

Posted by Contrariwise at 12:57 AM