An excellent resource here:  A Kingdom Response to the Complexities of Homosexuality, to which I'll return.

Dan Savage has been widely endorsed (by the Obama administration among others) as being representative of homosexual activism, even though not all homosexual activists delight in what R.O. Lopez calls the scorched earth approach.  This is sad, but is a sign of the times.  Savage revels in this, and he and others who do so pollute the genuine concern and effort to make schools into places that our kids don't dread going to.

In spite of these efforts to paint all socially conservative concern as religious concern (and therefore invalidate it under progressive readings of the "spirit" of the First Amendment), and to set up a false dichotomy between socially embracing homosexuality and creating a society of oppression, people of faith who are also socially conservative have obligations both to create a society that is healthy for their children and to express the compassion of God (assuming that your faith believes in "mercy that endures forever") for people. 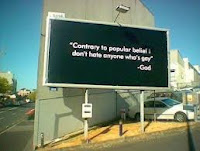 Because of "scorched earth" activists like Dan Savage who point to Westboro as the example of faith, or rather for those who listen to those activists, it is important that people of faith not only be informed about their own arguments, but to have their hearts prepared to not be bitter or resentful against them, even though they are tyrannizing society through "civil rights" rulings.  When the future apostles told Jesus that they should call fire from Heaven down upon the towns that refused to listen to Jesus's message, they were told, "You don't know of what spirit you are."  Christians are admonished elsewhere to "try the spirits whether they are of God," shortly after being reminded that "God is love."  Those that don't know how to tell a spirit of fear or false righteousness from love might also not be able to tell a spirit of enabling and false compassion from genuine love.  As Jesus said, "You ought to have done these things, but not to have left important things undone."

For those who are interested in hearing a compassionate response articulated without compromising faith with progressivism, the link above is a great place to start.

In related news, "scorched earth" activists, who rebuke people of faith  for rejecting people's experiences, routinely refuse to acknowledge the experiences of these people: 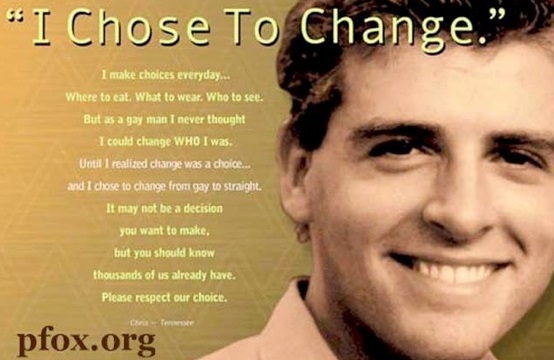 Posted by Contrariwise at 9:37 PM