I recently heard a left-of-center person scoff at the idea that the timing of the release of the hostages had anything to with Reagan. 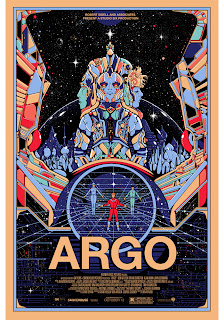 Is there a liberal that believes that the Ronald Reagan's election may have legitimately influenced the Iranians to give up the hostages?

There seems to be two schools of thought on the matter among progressives:
(1) There is NO connection.
(2) There is a little too MUCH connection if you know what I mean.

Some think it's ludicrous that the perception of willingness to use force is itself a kind of strength.  Some think that Reagan had nefarious connections in Iran, picked up the phone after his election and said, "Well, now, boys, you can let them go now."  In either case, the sole connection between these disparate points of view in the perception of these events is the belief that it is humility and politeness that deters the crazed, bullying aggressor from further acts of violence.   Some progressives might even decide that the Iranians came to an understandable conclusion that Reagan, being the Evil Imperialist, would not be cowed, where they had once hoped that Carter could be panicked into compliance--it would be consistent with liberalism but the attitudes about dealing with terrorists is entrenched and reactionary.  Or so it seems to me.

Maybe it is a coincidence that the resolution was achieved minutes after Reagan's inauguration.  It would have made more sense if it had happened the day after the election, right?  Maybe it's just a coincidence.  Are there any similar coincidences where good things happened during Clinton's terms that he shouldn't take credit for?

Side note on Argo:  It sounds like the truly brave Canadian diplomat had criticized the early version of the film for not recognizing the extent of his involvement in the rescue.  The studio obliged by changing some exposition at the end of the movie.  The original statement compared his 112 citations to the complete lack of recognition the CIA received.  Now it sounds an awful lot like he's saying that the movie that portrays him quite favorably is not being fair in giving him his due.  There's a line from the movie... Argo... never mind.  Yes, ain't life unfair.

Another observation:  Aside from the various liberties in telling this story of the Canadian Caper, the one thing I'd like to complain about is a certain Star Wars reference.  I remember the showcase for showing off one's Star Wars action figures and there are two things that are wrong with its depiction in the film.
(1) The Jawa and the figure of one of the Sand People are switched.  The spots are labeled.  You can see the labels.  A fan in 1980 would not have confused the two. No way.
(2) One figure is missing.  You can see the "Death Squad Commander"  real well because C-3PO is not there.  What kid would've collected the Dark Helmet lackey before getting Threepio?  No one.  Where's Threepio?

But I still felt a lot of nostalgia at the sight of it.  And it reminded me of the T.I.E. Fighter (why did the Empire use English acronyms?) that would eject its "wings" so that you could pretend it got destroyed in a space fight.  Nice!
Posted by Darth Thotz at 11:44 PM