“You can’t make Socialists out of individualists - children who know how to think for themselves spoil the harmony of the collective society which is coming, where everyone is interdependent.”
-John Dewey, father of public education in U.S.

“The American people will never knowingly adopt socialism, but under the name of liberalism, they will adopt every fragment of the socialist program until one day America will be a socialist nation without ever knowing how it happened.”
- Norman Thomas, socialist and member of the American Civil Liberties Union


“Is it not quite certain that the ordinary elementary schoolmaster will think it not merely natural but simply conscientious to eradicate all these rugged legends of a laborious people, and on principle to preach soap and Socialism against beer and liberty? In the lower classes the schoolmaster does not work for the parent but against the parent. Modern education means handing down the customs of the minority, and rooting out the customs of the majority. Instead of their Christlike charity, their Shakespearean laughter and their Homeric reverence for the dead, the poor have imposed on them mere pedantic copies of the remote rich. They must think a bathroom a necessity, because to the lucky it is a luxury; they must swing Swedish clubs, because their masters are afraid of English cudgels; and they must get over their prejudice against being fed by the parish, because aristocrats feel no shame about being fed by the nation.”
- G.K. Chesterton 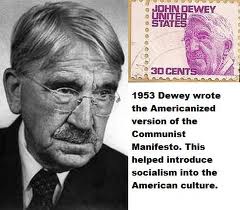 Posted by Contrariwise at 4:09 PM

Email ThisBlogThis!Share to TwitterShare to FacebookShare to Pinterest
Labels: education