What is a moderate? 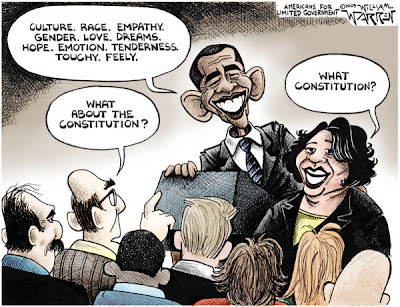 What is a moderate?  Such a relative term, and usually takes its meaning within an implicit one-dimensional (literally) understanding.  We'll grant the linearity of the spectrum for now.  If one side shifts its opinion away from whatever is understood (by whom?) to be the center, the moderate opinion, by definition has moved in that direction.  More and more, I hear statists or collectivists describe themselves as moderates, while mainstream rags like Newsweek ridicule as extermists those that have antiquated 18th century understandings of our Constitution. So lets' consider... 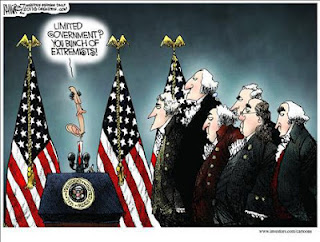 If one extreme is the belief that government should assume whatever powers (whether by legislation or judicial decree or executive order or by some combination of these) that educators and political scientists say that they should have*, and the other extreme is the belief that government should be strictly bound by the contract that Constitutes the government except as amended by the legal representatives of the People, what is the nice, moderate position?  What does a "centrist" have to say? 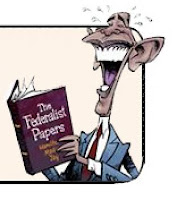 If one side says I have a legal right to protect my property (legally gained through uncoerced transactions) and the other side says that I have to let others loot my property until government employees arrive and assess the situation (e.g. in Britain) and/or claims that the government has the right to determine exactly how much of my property I may keep depending on how (in)efficient it is has been in solving social problems through distribution.  What is the moderate position between these two extremes: the understanding of most 18th century Americans on the one hand, and that of the collectivist statism of fascism/communism/socialism?

* Or alternatively assume whatever powers some majority of the populace can be lulled into accepting (whether through envy or anger or cowardice).

Posted by Contrariwise at 7:53 PM