One Bad Choice After Another

So, the truth is finally starting to come out about the shooting of Michael Brown in Ferguson, MO.  But before we talk about that, let's take a trip down memory lane to see how this story has been presented all along. I think the LA Times summed it up best on August 12th. 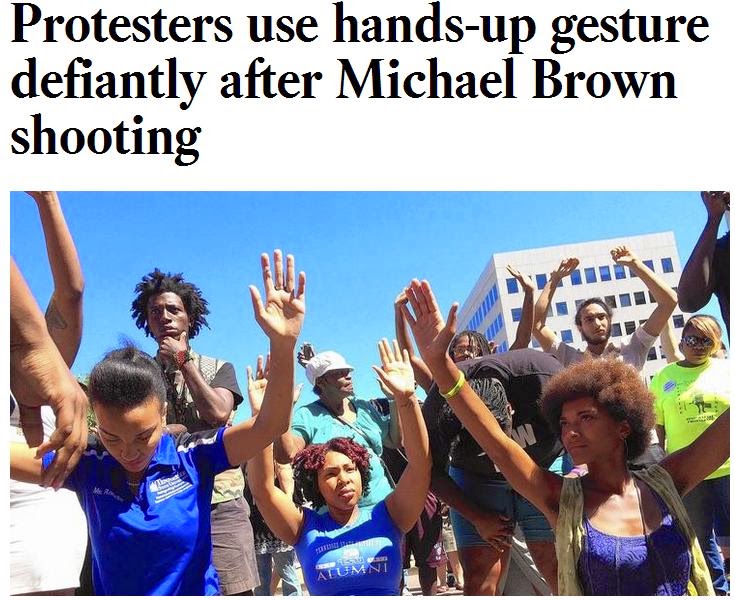 Yet again, the protesters took to the sidewalks and streets, facing a row of police guarding the St. Louis County prosecutor's office. "Hands up!" they chanted, their arms aloft. "Don't shoot."


Later in that same article they summed up the narrative: "Brown was shot and killed by an officer Saturday while...running away with his hands up."  It's Trayvon Martin all over again- an unarmed black teen senselessly killed by an evil, racist, white man.  In both cases we've had the liberal media relentlessly hammering their "message" of racial injustice into our skulls.

Yeah, but the facts came out with Trayvon, too.  Most of them in the "alternative" (conservative) media, but I recently read an article by Massad Ayoob that introduced me to things I had never previously heard.  I strongly encourage you to read the article yourself.  The main take-away is that Trayvon was portrayed as an innocent young boy out purchasing skittles and tea who was senselessly gunned down for no reason.  He was in fact a man-sized criminal who both did and dealt drugs, had a history of violence, and who brutally assaulted (and nearly killed) a man without provocation.  A man who successfully defended himself.

What a strange coincidence.  It appears that's EXACTLY what happened in Ferguson.  Turns out the physical evidence corroborates virtually all of Officer Darren Wilson's testimony:  Michael Brown did not have his hands up.  He was not surrendering, he was charging.  He had already violently assaulted Officer Wilson without provocation, and had tried to grab his gun.  He had just robbed a convenience store, a crime that (despite media reports) Officer Wilson was aware of.  So yet again, we have a violent criminal thug, high on drugs, who brutally assaulted a man who then successfully defended himself.

Both cases are virtually the same case. Protesters scream for "justice" and go on marches.  Their community expresses it's displeasure through "riots" which are really just disorganized festivals of theft, vandalism, and arson.

But the truth is, Justice is exactly what two violent attackers received at the hands of their victims. The real injustice is how defending himself has already ruined George Zimmerman's life, and the media is on track to ruin the life of another innocent man as well.

And for what? I understand what the Democrats and their media lapdogs get out of this: Keep people perpetually angry and they won't think straight.  They won't realize just how harmful democrats are to the black community and will keep voting for them.  But what does the black community itself get out of making criminal thugs into their poster children for "racial injustice?"

Does anybody remember Rosa Parks?  She was an upstanding, hard-working, educated, and employed member of the community.  And she got things done.  She helped end the unjust segregation Democrats had visited upon the South in the wake of the Civil War, and she did it peacefully and with dignity.

She stands in stark contrast to Trayvon and Mike Brown.  Blacks are four times as likely to be murdered as any other race in America.  Among 10 to 24 year olds the leading cause of death for blacks is homicide. And who is murdering all these young people?  It's not the KKK.  It's overwhelmingly black-on-black violence perpetrated by criminals just like these two "tragic martyrs."

The black community has a serious problem, and it sure ain't racism.  Their biggest problem is the idolization of the very criminals who murder them and the demonization of any black person who strives to get educated, employed, or in any way better themselves (the sin of "acting white").  And truthfully, there isn't a thing anyone from any other race (most especially whites) can possibly do to help them.

P.S. I feel the need to point out that there's the literally thousands of murders we never see in the news. Almost everyone has brought up the multitude of black on black murders, so I'll point out something else: 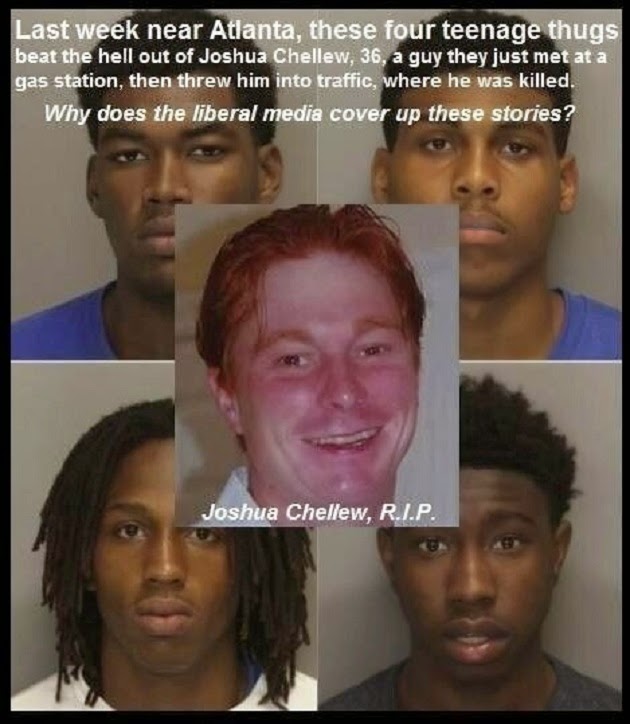 Posted by TalkaboutPopMayhem at 12:10 AM